A project cannot survive as long as this has without a few problems and some major changes along the way.

It's probably a good thing as it shows that stuff is happening. But now we are doing more than just stuff, we are reporting about it as well! Starting with this month we decided to do a small report on all the things that we have managed to create (or destroy).

There's finally a chat system! It has the standard functions of a general chat (visible to everyone everywhere), an instance chat (visible only to players in the same instance), a party chat (only visible to your party members) and a whisper function to specific players. 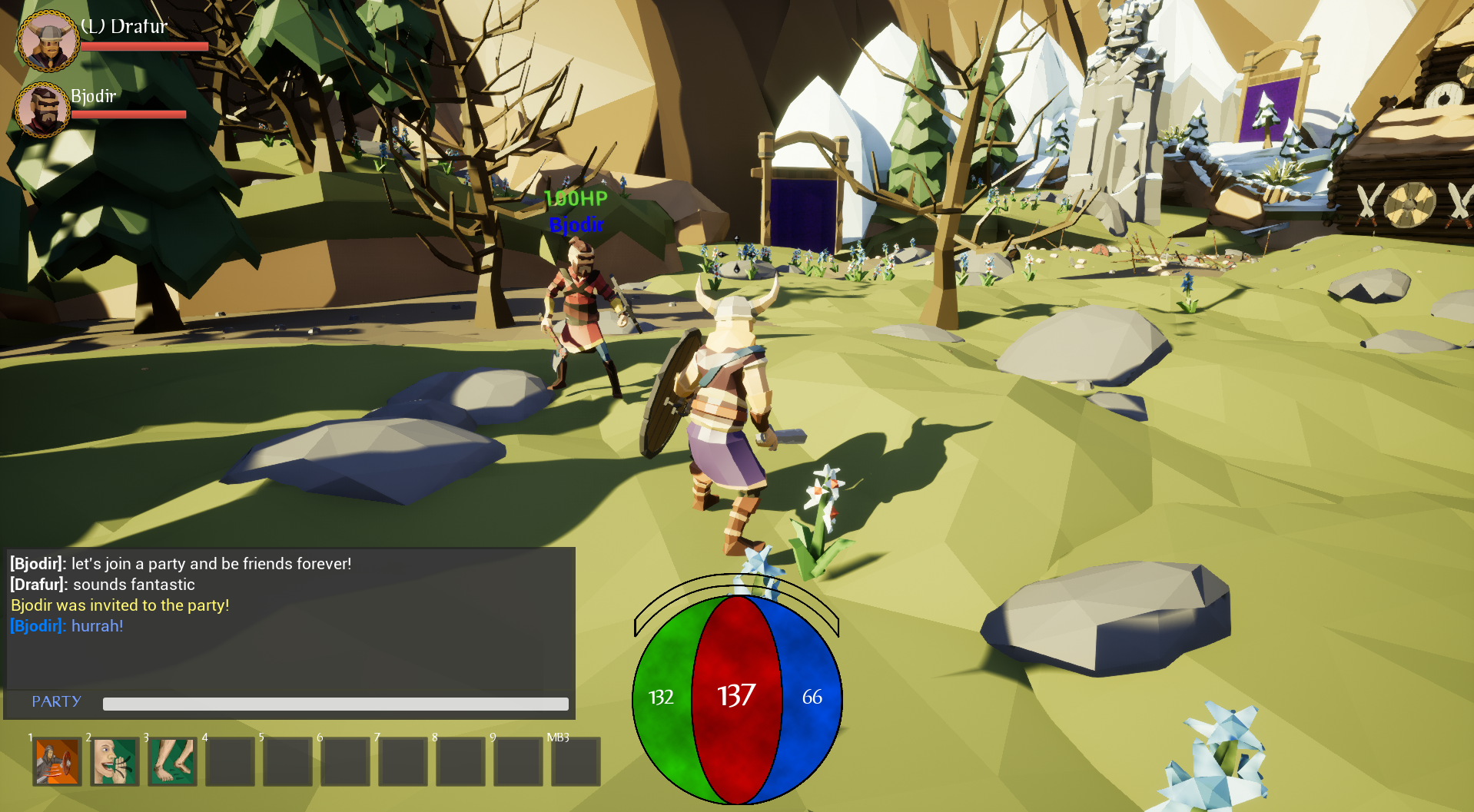 First version of the chat system

The first single player challenge is being worked on: Fredstorp. This small bay is, despite its name, home of several pillagers in Midgård. With the new æsir powers bestowed upon them, the players get a first easy challenge being sent back to the land of men, battling regular human bandits. Searching the cave systems and infiltrating the outpost is a great way of earning your first items to put in your wardrobe. 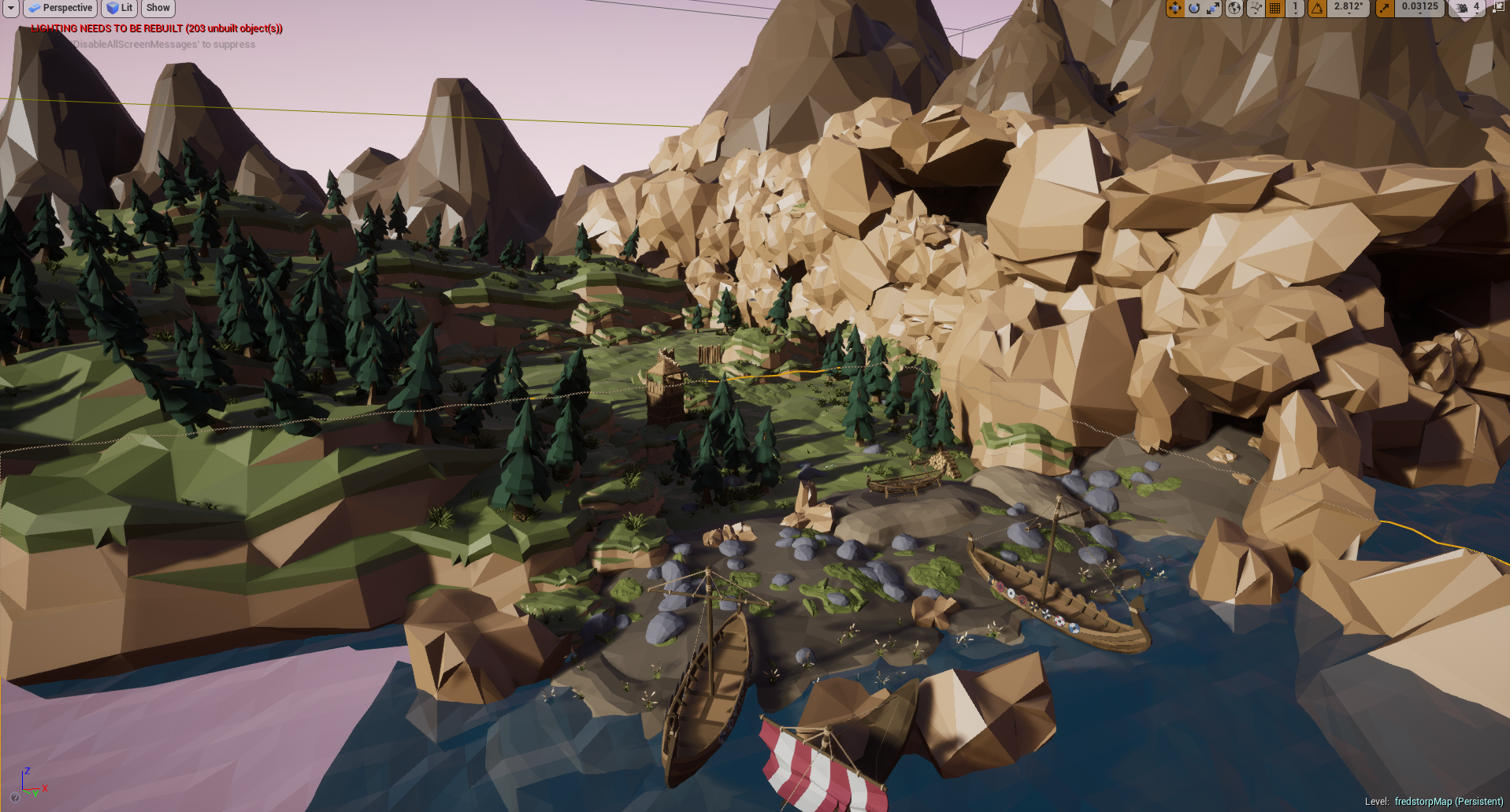 Fredstorp WIP. Pictured is the outside area which hasn't had any buildings added to it yet.

Feedback from the latest demo

We gained a lot of valuable feedback from the latest play testing and put a lot of effort trying to make the combat feel smoother and more responsive. This was done by tweaking how the hit detection works, tweaking how animations blend into each other and by changing the structure of the animation state machine slightly. After inviting a few of the same players again they were very positive to the changes =)