A lot has happened during december and in January: The new trait system is in place, pretty much all icons have been replaced with higher quality ones and we've finally added equippable armor items!

The new trait system is finally here! The idea is that every trait has to be placed into an empty slot in the trait map. Specialization slots lie in each of the eight god sectors and has the ability to enhance one of the traits encircling the slot. Each god sector has its own flavour in which it specializes the given trait. 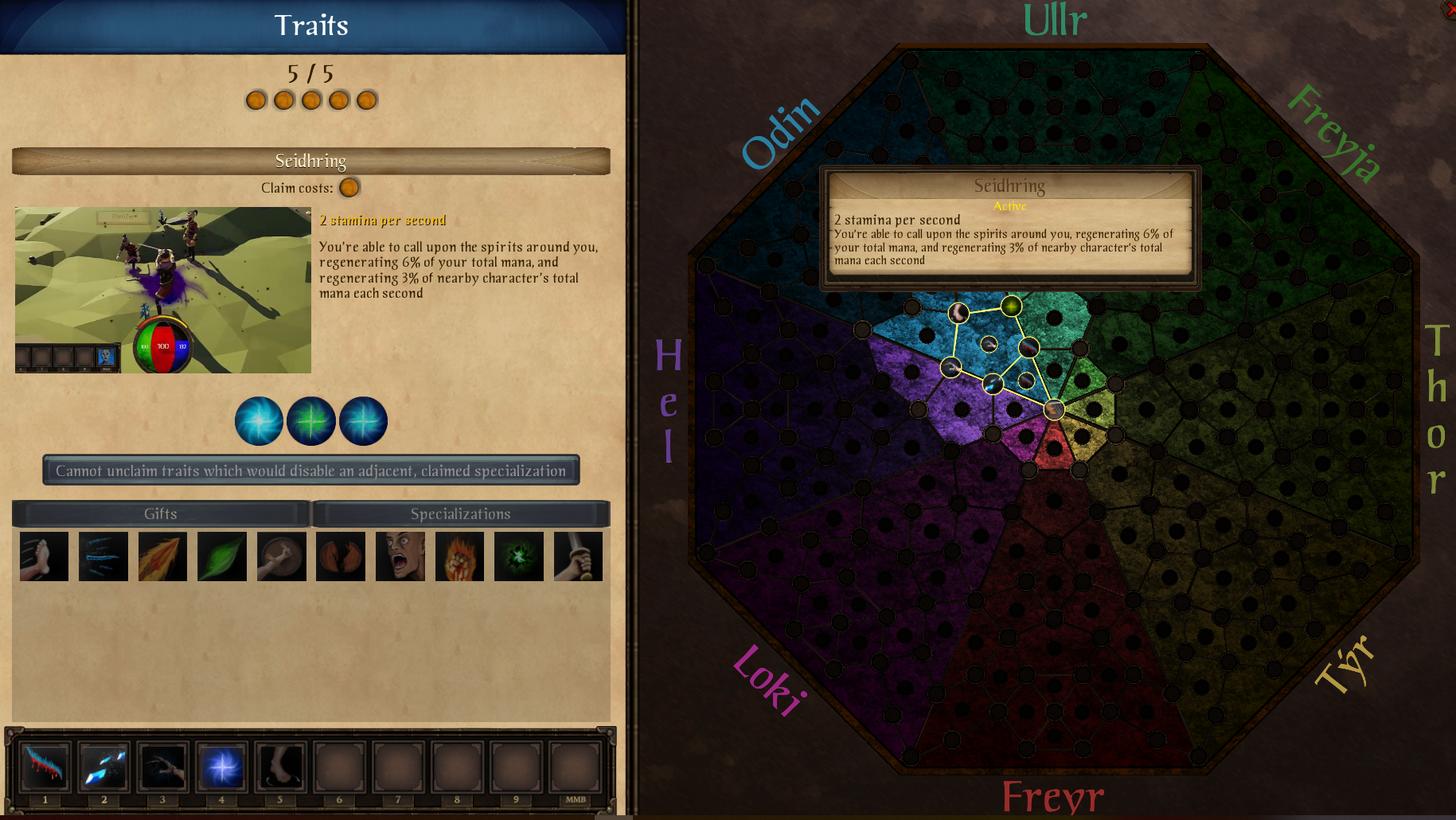 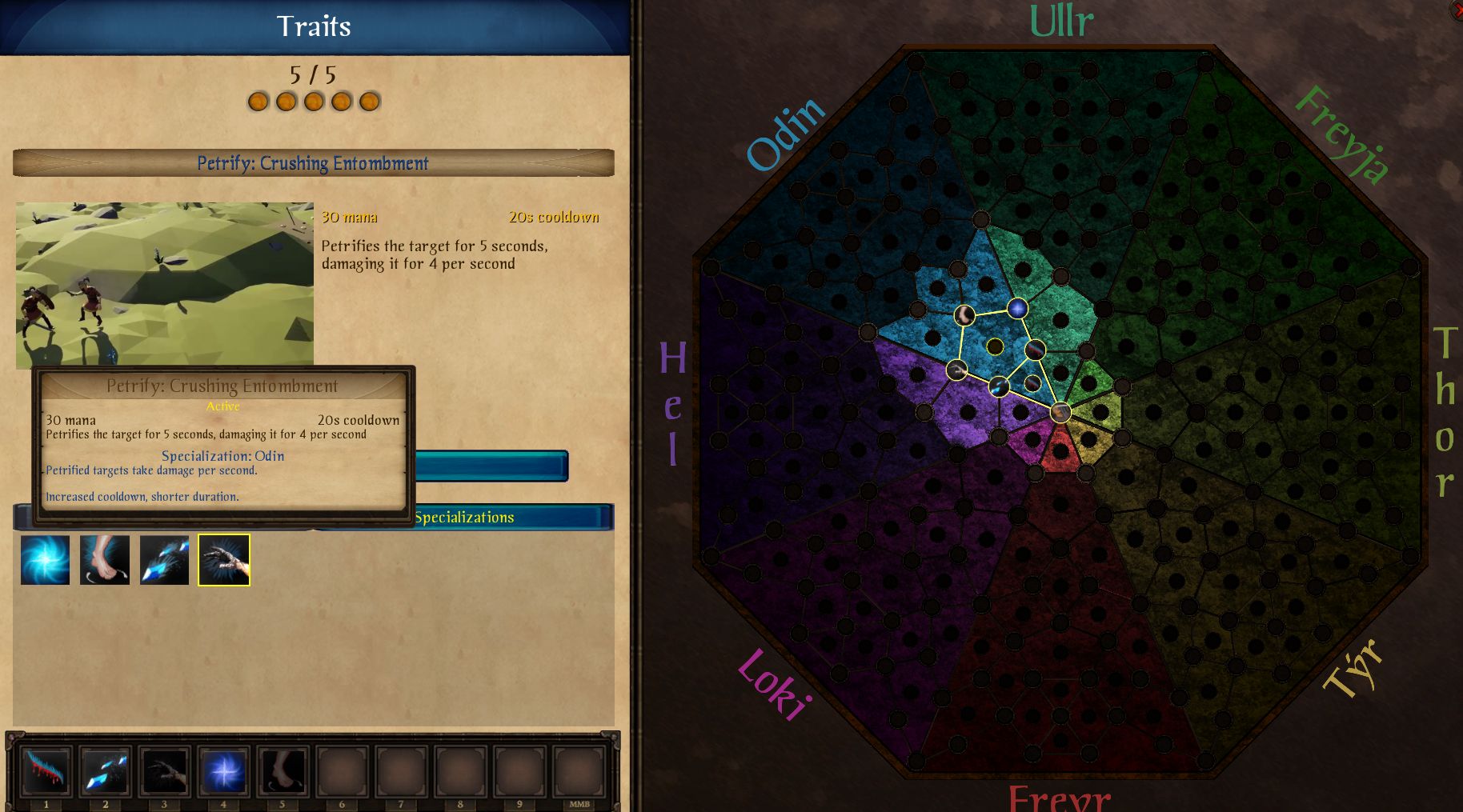 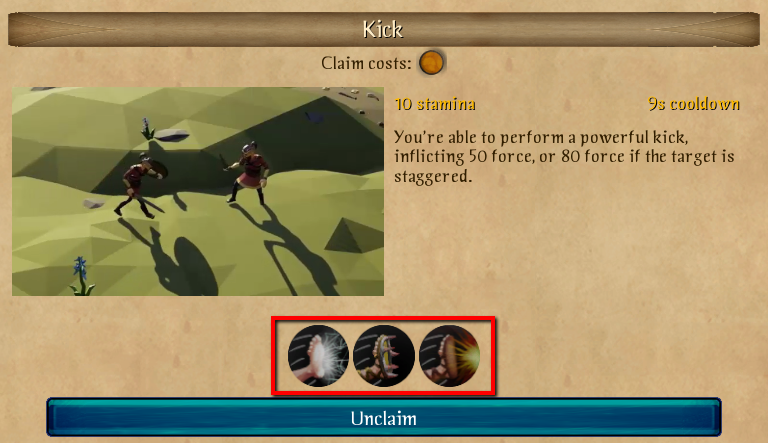 Each trait usually has three different specializations available to it, which means the players have to plan which gods to specialize in accordingly. The exception to this is the Dodge trait which lies in the centre of the map and has specializations for all eight gods.

Showcase of all of the Dodge specializations

For a very long time we've been limited to entire meshes of characters, which meant that equipping a new armor would replace your character in its entirety: armor, beard, hair, everything. We finally took us the time (or at least one of us did) to learn some very basics in Maya and extracted the different parts of the meshes into separate armor pieces. So now we have the ability to equip different armors in different slots, just like every other game, yay!

A character with a chest piece, pants and boots equipped. The tooltips are still a work in progress

Playing around with different armor combinations inside the editor

While one of us learned Maya, another one of us took the time to hone his photoshop skills and improve our icons in the game. A massive undertaking of replacing the trait, feat and buff icons was done. He timed this perfectly with the trait specializations feature we just added, so instead of just the 14 trait icons he had to also create 45 additional icons for their respective specializations.

Comparing the old feat icons (above) with the new ones (below) 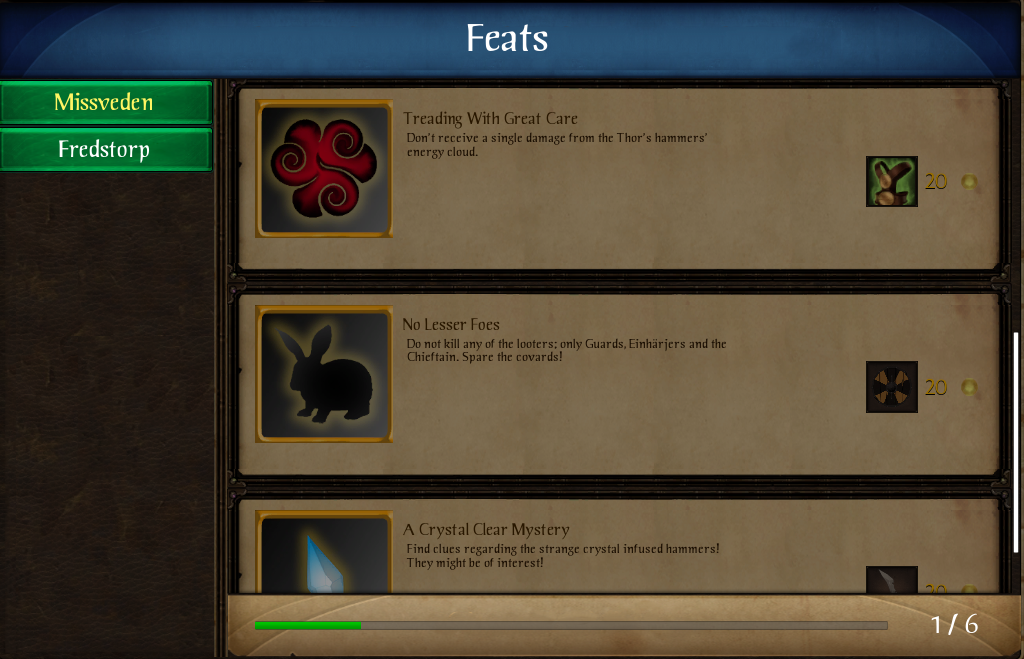 While updating the icons the GUI in general is also getting a revamp where needed. Here we see the new icons in place in the feat menu

Apart from these major features, some other changes have been introduced as well:

We're experimenting with removing the Curse aspect when skilling your character. Unlocking more trait slots will now be achieved through feats; so instead of the regular enemy grind you actually have to perform and finish something difficult to get your reward.

We've added ammunition to ranged weapons. Not in the regular sense though, but a sort of charge system where the arrow count refresh continously; slowly in combat and rapidly outside of combat. This is to prevent arrow spamming and lets us to increase the power of ranged weapons while also lettings us create some interesting traits which interacts with this new arrow economics.

You're now able to respawn in dungeons in a party wipe. The dungeon in its entirety used to reset and you had to redo it from scratch if you died, but now triggered encounters and damaged enemies are reset. Dead enemies remain dead however. This allowed us to create more difficult fights and larger dungeons.

With the new trait system and armor items in place, it's time to finally tackle the next map: Hjuö. It's by far the largest map we've created so far and the idea is it will focus on exploration and teach the players the value of stealth (or provide them with a very challenging fight if they choose to just attack head on which will be an option as always) 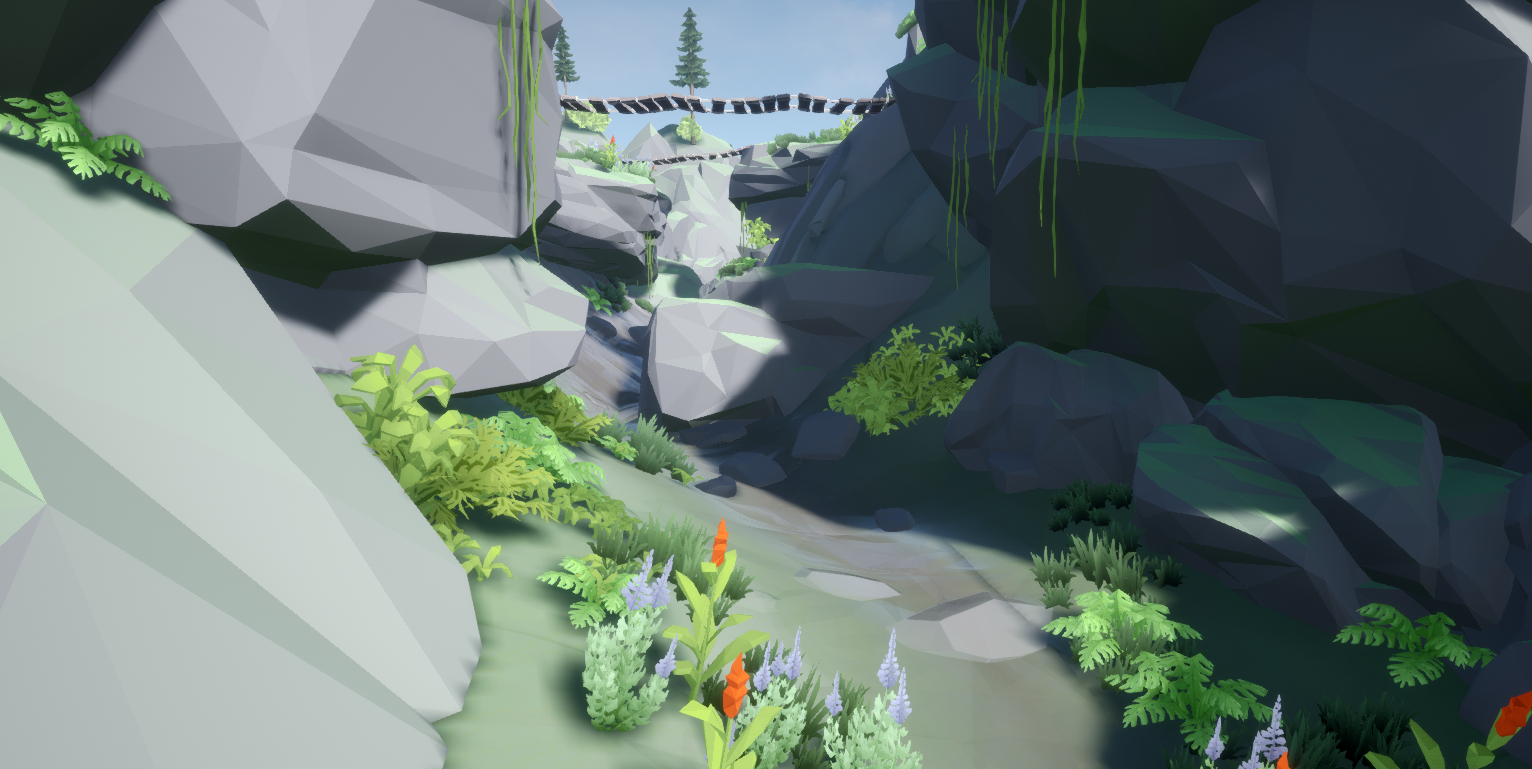 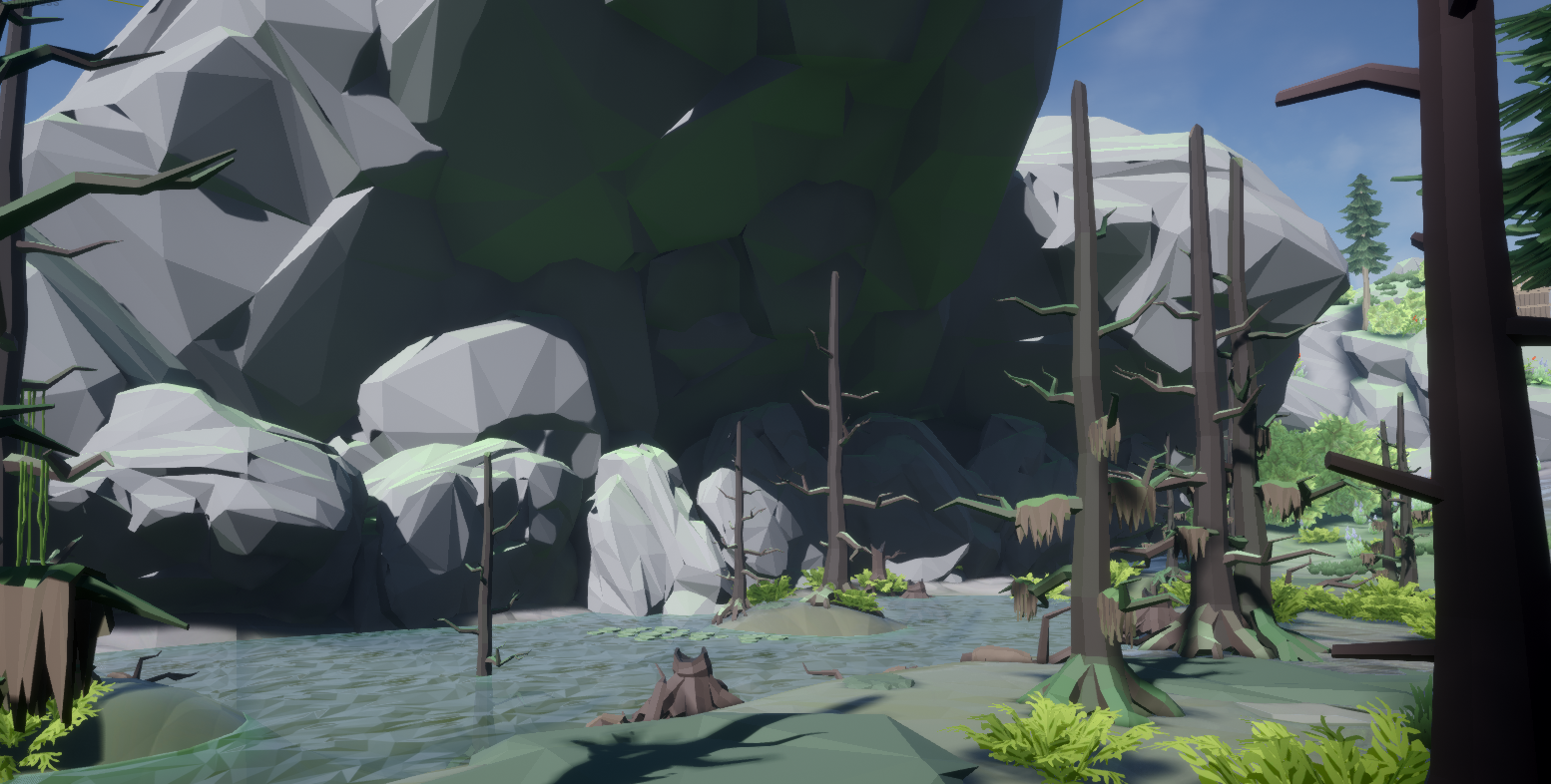 A swamp on the northern part of the island